sed as template to synthesize for 1h at 37 the initial strand cDNA with 200 U of mouse mammary lentivirus-reverse transcriptase (RT) (Invitrogen), 100M random primers plus the buffer supplied by the manufacturer within a total volume of 20l. The reaction was terminated by heating to 95 for 5 min. Quantitative PCR was performed using the LightCycler LC480 (Roche Diagnostics). The PCR mix integrated five l of every complementary DNA (cDNA) (diluted 1:25) and 300 nM of each and every primer in 1LightCycler DNA SYBR Green 1 Master Mix. The forward and reverse primer sequences for cDNA had been created with all the Primer Express software in accordance with European Molecular Biology Laboratory accession numbers: the rat sPLA2-IIA, 5′-ATGGCCTTTGGCTCAAT-3′ (Ex1-2) and 5′-GCAACCGTA GAAGCCATA-3′ (Ex2); the rat cyclophilin A, 5′-TGCTGGACCAAACACAAATG-3′ (Ex4) and 5′-CTTCCCAAAGACCACATGCT-3′ (Ex5). The q-PCRs had been performed employing the following thermal settings: denaturation and enzyme activation at 95 for five minutes, followed by 40 cycles of 95 (10s), 60 (15s), and 72 (15s). Post-amplification dissociation curves have been performed to verify the presence of a single amplification item plus the absence of primer dimers. Controls and water blanks had been incorporated in each and every run; they had been negative in all cases. Real-time quantitative PCR data represent the amount of every target messenger RNA (mRNA) relative for the volume of cyclophilin gene mRNA, estimated inside the logarithmic phase on the PCR. Serial dilutions have been applied to determine the fit coefficients from the relative standard curve.
VSMCs had been harvested, homogenized within a lysis buffer at four and centrifuged as described [18]. Proteins (20 g/lane), evaluated making use of Quick Start Bradford protein 10205015 assay from Biorad, had been separated on SDS-PAGE gel electrophoresis (8% gel). After electroblotting onto nitrocellulose Amersham Hybond-ECL (GE Heathcare) we determined the efficiency of the protein transfer with Ponceau S (Sigma-Aldrich). Right after blocking with 5% non-fat dry milk in Tris Buffered Saline (TBS) the membrane was incubated overnight with certain antibodies, P-AMPK (Thr172), AMPK, P-acetyl-CoA D591 hydrochloride supplier carboxylase (Ser79) and acetyl-CoA carboxylase, BCL-6, phospho-IB, -actin, phospho-IB, I-B, phospho-p65 and p-65 NF-B (Cell Signaling Technologies) in TBS containing 0.1% tween 20. Following 3 successive ten min washes the blot was incubated 1 h with HRP conjugated (Sigma) secondary antibody (1:2000) in TBS containing 0.1% tween 20. Detection of immune complexes was visualized utilizing enhanced chemiluminescence reagents onto an Image captur Las 3000 (Fujifilm).
VSMCs have been seeded 48 h just before transfection in 24 well plates at a concentration of 2×104 cells per plate in DMEM (2% glutamine, 1% penicillin-streptomycin, 10% SVF). At 70% confluence cells have been washed 20 min before transfection. The transfection mixture was as comply with: 400ng of luciferase reporter DNA [-1153; +46]sPLA2-Luc or multimeric-NF-B[(Ig-B]-Luc currently described, 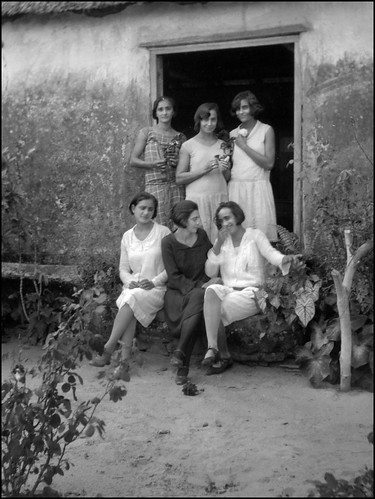 100ng of CMV-galactosidase, 1.6l of Lipofectamine plus and Lipofectamine (Invitrogen) in 200l of OPTIMEM (Sigma) and for transactivation studies 10ng of pCMV-AMPK2 catalytic and adverse dominant expression vector were added to the mix. The cells had been refed 3h later with 200l of DMEM containing 5% SVF for 1h and after that the culture medium was replaced by DMEM containing 0.2% SVF. Twenty hours later immediately after the begin with the transfection, the medium was changed as well as the cells had been pretreated with indicated concentration of AICAR (5-aminoimidazole-4-ca