doplasmic reticulum, indicates that polyribosomes bind to the cytoskeleton. Treatment with agents that depolymerize actin or induce improper organization causes the release of polysomes from the cytoskeleton and inhibits protein synthesis. This study examines LamR interactions with the cytoskeleton. Utilizing microscopy we have shown that the interaction between LamR and F-actin is related to LamR functions at the cell membrane. Microscopy revealed actin reorganization, formation of lamellipodia, and LamR localization at the leading edge following cell plating on laminin. Ablation of LamR expression inhibited cell migration comparable to the effects of inhibiting actin filament formation. Further, 37 kDa LamR was found to directly bind actin in an in vitro binding assay. These data indicate that the interaction between actin and LamR mediates cell motility. Through microscopy we have found that LamR and S6, another 40S ribosomal component co-localize with a-tubulin. Colocalization is lost with treatment that disrupts microtubule dynamics. The direct interaction of LamR with tubulin, coupled with the dissociation of S6 from the cytoskeleton following treatment with taxol or siLamR, suggests that LamR may act as a tether to bind the translation complex to the cytoskeleton. This study demonstrates that interactions between LamR and components of the cytoskeleton, actin and tubulin, play a role in mediating cell motility and translation. study the effect knockdown had on association with a-tubulin. In cells where expression of LamR had been ablated, cytoplasmic S6 staining became diffuse, indicating that S6 was no longer associated with a-tubulin. Additionally, siLamR induced accumulation of S6 in the nucleus. LamR plays a role in ribosome maturation, which could be inhibited in siLamR treated cells. Since some ribosomal proteins have been shown to bind to pre-ribosomes in the nucleus, loss of ribosome maturation may cause these ribosomal proteins to accumulate in the nucleus. This may account for the accumulation of S6 in the nucleus in siLamR treated cells. In cells where expression of S6 had been ablated, no change in LamR’s cytoplasmic localization was observed, indicating that S6 is not required for LamR association with a-tubulin. Treatment with siS6 did induce the accumulation of LamR in the perinuclear region possibly near the microtubule organizing center, which could be the result of S6-induced cell cycle arrest. Knockdown of either LamR or S6 had no effect on cytoplasmic a-tubulin localization, however siLamR treatment did result in the accumulation of a-tubulin in the nucleus. Tubulin shuttles between the nucleus and cytoplasm and the cell cycle MCE Company 82373-94-22,3,4′,5-Tetrahydroxystilbene 2-O-D-glucoside arrest induced by siRNA treatment could induce its accumulation in the nucleus. These data 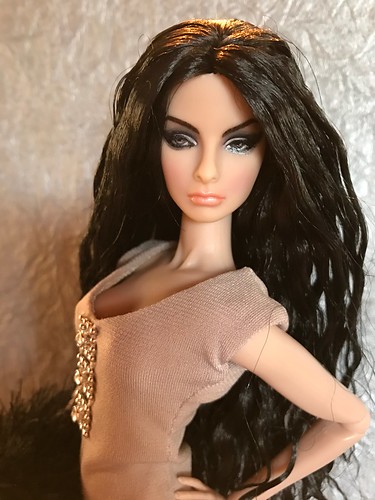 indicate that LamR is required for components of the 40S ribosomal subunit to colocalize with a-tubulin. Translation and the Cytoskeleton Our data demonstrating the co-localization of components of the 40S ribosome with a-tubulin indicates that some cellular translation occurs at the cytoskeleton. To assess the requirement of different components of the cytoskeleton for cellular translation cells were treated with either cytochalasin B, which blocks monomer addition to actin filaments, or taxol, which stabilizes microtubules and inhibits tubulin dynamics. Treatment with CB resulted in loss of actin filament structure, but had no effect on LamR or S6 localization. While CB treatment had no effect on